Further development to a hotel

1951
In January 1951, the whole hotel was destroyed by an avalanche. At that time, the Wallackhaus was only open during summer and no one got injured. Our grandparents wanted to rebuild the hotel at all costs, so they decided to swap their property with the property of the alpine pasture. In the summer months of 1951, the Wallackhaus was rebuild with joined forces on today’s location. The hotel had 20 rooms and as usual at that time, the bathrooms were on the corridor.

1958
The Wallackhaus has quickly become a popular holiday destination in summer, due to its unique location in the heart of the National Park Hohe Tauern. Hence our grandmother decided to enlarge the hotel and built 20 more rooms.

1960
Aloisias son Gerwald Wallner and his wife Gertraud took over the hotel in 1968. They were the 2nd generation and just like Aloisia they had many future visions for the hotel.

1974
In 1974 the "Viehbühel-Lift" was built. In this year the Wallackhaus was open for the first time during winter season. That was a big challenge because in winter the Grossglockner High Alpine Road is closed. Therefore, the guests, the staff and all the food had to be transported by lift to the house. This was not always easy, if the weather was bad it quickly got cold on the chairlift. Our guests enjoyed this little adventure and the winter season could enforce as well.

1981
The first major refurbishment was planned. All rooms were equipped with bathroom, shower, WC and were designed more modern and comfortable. Furthermore, a new restaurant with more capacity for the guests was built.

1996
This year Gerwald and Karin Wallner took over the business. The two are now the 3rd Generation. With many new ideas and innovations, they want to lead the Wallackhaus into a new millennium.

2001
Right after they took over a new refurbishment was planned. The entrance area and reception were renovated and revolving doors for the entrance were built.

2004
In Spring we started our largest refurbishment ever since the hotel was opened. The left side of the hotel was demolished and rebuilt. During the renovation we often got surprised by snow and snow shoveling was almost a daily task for the team. The rooms were designed by a local carpenter and the hotel has now place for 50 people. As part of the renovation, a solar system was also attached to the roof.

2006
Due to the fact, that a wellness area became more and more important for our guests, we have decided to move the sauna from the ground floor to the first floor. The Spa is now bigger and because of a huge glass front our guests can now enjoy a full mountain panorama. Furthermore, a steam sauna, dry sauna, infrared cabin and a spacious relaxation area were built. Another renewal was the conversion from the chairlift to a comfortable cable car. This reconstruction facilitates the arrival and departure of our guests, as well as the delivery of food.

2007
In this year we have renovated one of our restaurants. The 90’s flair was replaced with a rustic, comfortable restaurant made of wood.

2009
To make sure that everyone can visit our house we have built an elevator in 2009, which is also accessible to the blind. We also built a disabled toilet.

2010
In this year our second largest refurbishment started. This time the right side was demolished and rebuilt. Since we have specialized more and more on families over the years, we have decided to build large family rooms for 4 people with a glass divider. The Wallackhaus can now accommodate 70 guests.

2012
Due to the addition in 2010, we had to enlarge our dining room. We decided to build a cozy arolla pine restaurant with a tiled stove for our guests.

2014
The most modern renovation we ever had. Our outdated bar and self-made smoking area were turned into a comfortable alpine style Lounge. For the new lounge, we have used many natural materials such as wood, stones and leather.

2017
After 10 years it was about time to renovate our wellness area. In the future, we will of course continue to work on the hotel to offer our guests a unique experience. 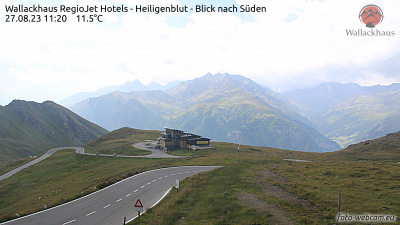 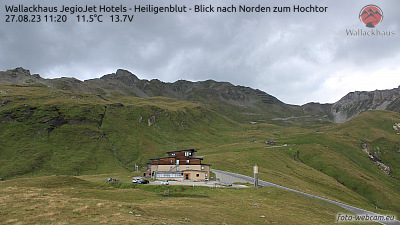 If you not change browser settings, you agree to it. Learn more

This website uses Google Analytics, a web analytics service provided by Google Inc. ( "Google"). Google Analytics uses. "Cookies", text files that are stored on your computer and enable analysis of your use of the website. The information generated by the cookie about your use of this website (including your IP address) is transmitted to a Google server in the USA and stored there. Google will use this information to evaluate your use of the website, compiling reports on website activity for website operators and providing other with website and internet related services. Google may also transfer this information to third parties, unless required by law or where such third parties process the information on behalf of Google. Google will not associate your IP address with other data held by Google. You may refuse the use of cookies by changing the settings of their browser software; however, we point out that you may not be able to use all features of this website in this case. By using this site you consent to the processing of data about you by Google in the manner described above and for the aforementioned purpose.